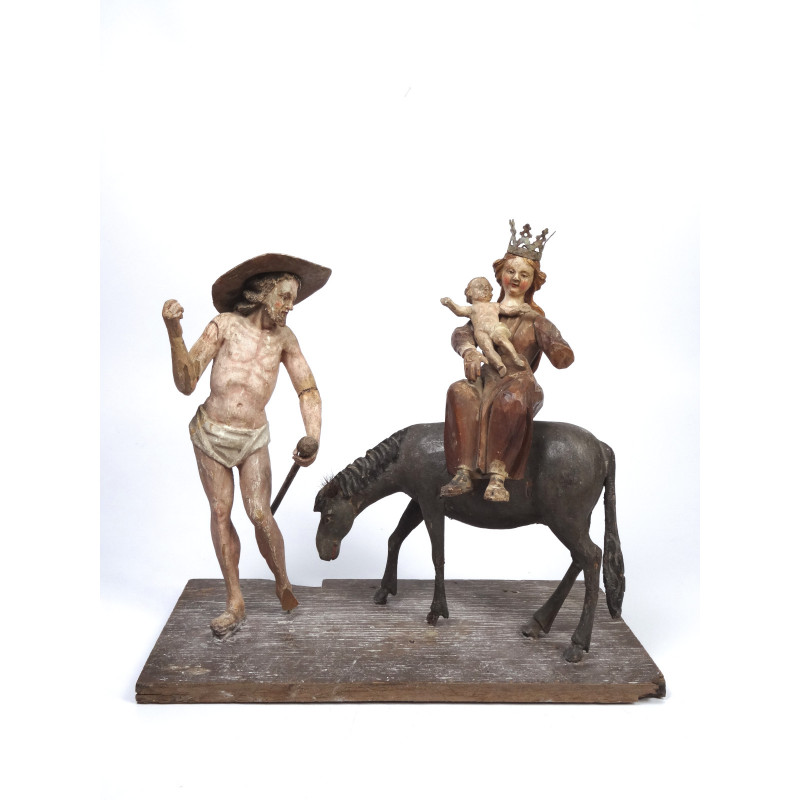 Antique, 17th century sculpture group the Flight Into egypt. Mary sitting on a donkey with Jesus in her arms, Joseph leading the donkey.

We assume that this group has had some alterations in the past. Joseph could earlier have been carved as John the Baptist, with the hat as a later addition. It looks like Mary originally didn't hold the baby Jesus in her arms, so this also could be a later addition. The faces of both Joseph and Mary show high quality carving, the donkey has less quality.
Alltogether, this unique piece is sold as an antique 'collage' of various hight quality and very old carvings of the 17th century.