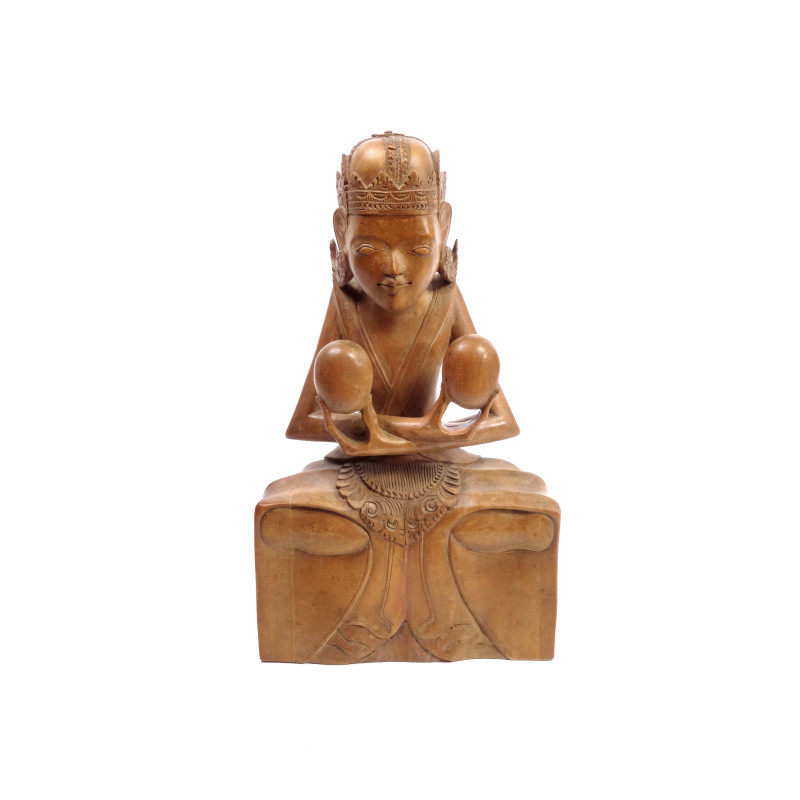 This hand crafted Bali statue depicts the goddess Winata holding two eggs and sitting on a serpent. The myth is that the goddess Winata and her sister, Gadru, were unable to bear children, so they solicited the help of a high priest who granted Gadru 1,000 eggs, while giving Winata only two. When the eggs hatched, Gadru's were born as serpents, while Winata's were mythical birds, one of which was born weak and thin. The stronger bird was named Garuda, and he later became the vehicle for the God Whisnu. The weaker one, Aruna, feasted upon the snakes until only two were left, which eventually grew up to become the great nagas of the underworld Antaboga and Basuki, who are the guardian of the Turtle Nawasanga.

Remains of a Gallery stamp on the bottom. Height 28 cm.

Condition: good condition, a few restored cracks in the wood